On August 26th, the Leiden University spin-off MIMETAS has won the Young Technology audience award and the runner-up jury award during the international Conference on Commercialisation of Micro- Nanosystems (COMS 2013). MIMETAS received the audience and jury recognition in a highly competitive pitching competition with companies from the US, Sweden, Norway and the Netherlands in the finals. 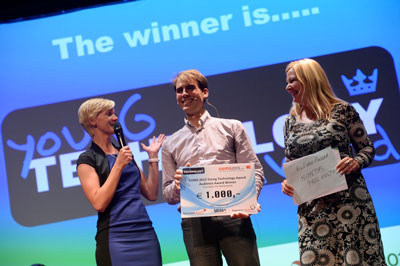 MIMETAS won the runner-up jury award just behind Houston-based C-Voltaics that markets non adhesive antibacterial coatings for a myriad of industries and before Sandia National Laboratories spin-off Ouchless Glucose, that develops a non-invasive real-time glucose monitoring system. The audience choose MIMETAS as winner with Ouchless Glucose as a runner-up.

For more information about MIMETAS: http://www.metabolomicscentre.nl/node/922